Physicist, data science manager and all around curious

This is an introduction of anomaly detection and possible approaches for time series. This article is heavily based on the paper “Anomaly Detection: a Survey”, by Chandola et. al.. 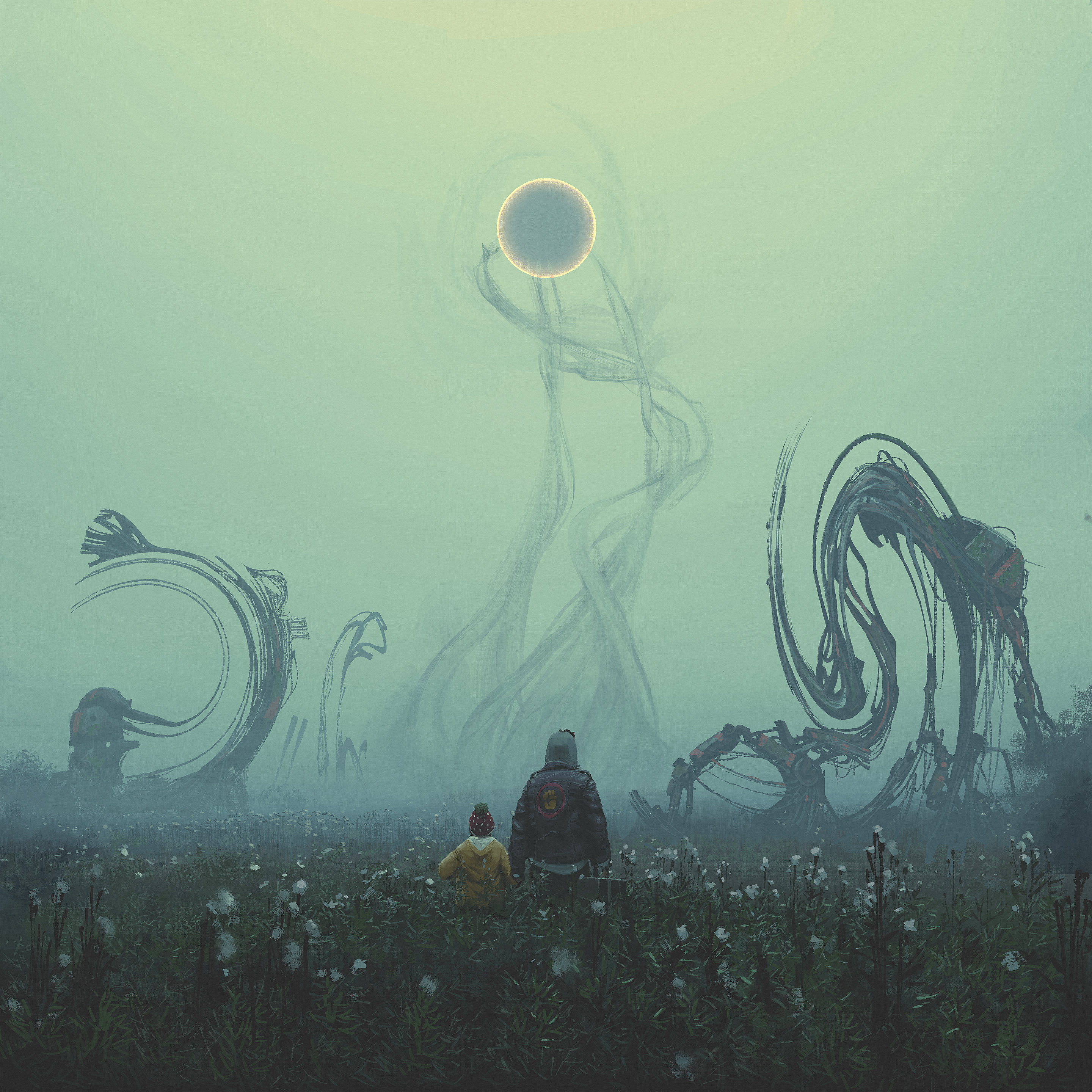 Anomaly detection is the activity of finding patterns that do not conform to expected behavior. These data instances are usually called anomalies or outliers. Anomaly detection is important because the anomalies can be often related to significant or even critical and actionable information.

Anomaly is a pattern in data that does not conform to a well defined notion of normal behavior. They can have several different causes but have in common that they are interesting to the analyst and is relevant in real life. This differs from noise removal, as noise is unwanted, it is not relevant to the analyst, and its removal facilitates the analysis. Novelty detection is related to anomaly detection, as it searches for new patterns in data. The distinction is that after the novelty is detected, it is usually included in what is considered normal behavior.

Anomalies can be point anomalies or contextual anomalies.

Point anomalies are anomalies that one data instance is considered anomalous with respect of the remainder of the data.

Contextual anomalies considers the structure of the data as part of what constitutes an anomaly. They are defined by two kinds of attributes:

It’s the value of the data itself. The anomalies are found in the behavioral attributes.

Anomalies that are composed by a set of data instances, that form an anomaly when they are together but it can be normal otherwise.

The straightforward way of detecting anomalies is to define a normal region in the data and flag any data instances that are outside this normal region as anomalies. This approach has several problems:

The anomaly detection methods can be classified into supervised, semi-supervised or unsupervised methods.

Methods that learn the patterns from the labeled data are supervised methods. These methods are usually classification methods and need the dataset to be fully labeled.

Semi supervised methods can be applied to datasets that are partially labeled, like only one class (the normal one in this case) is labeled.

Machine learning is usually associated with all the categories above except Information theoretic and Spectral.

The main assumption for classification based anomaly detection is that the method can learn to distinguish between normal and anomalous classes given the feature space.

Classification methods can be multi-class or one-class. One class classifiers assume that the data instances belong to one class (the normal one) and the instances that are not part of this class are anomalous. Multi-class classifiers identify the different classes of normal and abnormal behavior.

Neural networks are used to classify anomalies. The most common networks used for it are Replicator networks and Autoencoders.

The Naive Bayes classifier considers that each attribute is independent of the others to define if an instance belongs to a class. The classifier then works using a decision rule. For example, one common decision rule is to choose the class based on the highest posterior given the parameters and the data instance.

Bayesian networks are also used as classification method for anomaly detection. The classifier labels the test instances as normal or abnormal given the largest posterior probability distribution. Zero probabilities are smoothed out using Laplace Smoothing. (Laplace smoothing is used to treat these classes that are possible to occur but may not appear in the sample. If a check would be made on this dataset, classes would have zero probability instead of a larger than zero, so this smoothing takes care of that.).

Support Vector Machines are also used as standard classifiers for anomalies. The Radial Based Kernel (RBF) is generally a good kernel for anomaly detection.

Rule based classifiers are more basic than the other methods, but when the data set is simple enough or there are restrictions for the need of rules or decision trees, they can be applied.

The assumption for nearest neighbor methods is that normal instances occur in dense neighborhoods while anomalies occur far from the closest neighbors.

kNN uses the distance as a score for anomaly. Either a threshold is used or the top n instances by distance are defined as anomalies. Another approach is the sum of all k distances to the data instance as an anomaly score (called Peer Group Analysis).

Approaches based on density apply either a fixed radius around a data instance and uses 1/k instances as an anomaly score, or fixes a number d of near instances and uses 1/d as anomaly score. These techniques may not have good performance if the there are different densities for normal data. One approach to handle this kind of situation is the Local Outlier Factor, that calculates the ratio between the average local density of the data instance and its k nearest neighbors. The local density is defined by finding the radius that encompass the k nearest neighbors and dividing by k. For normal instances, these values should be similar to its neighbors while for anomalies it should be different. There are other variations of these methods, like ODiN, MDEF, etc.

To improve performance, pruning can be used.

cost is too high, this approach mail fail

Three assumptions can be made for clustering methods:

The main difference between nearest neighbors and clustering methods is that NN, even if the two techniques need a distance metric, clustering methods evaluate distances based on cluster properties (centroid, etc) while NN uses a instance per instance approach.

The problem with this is that events that are in the same time are correlated and that deviations occur in both KPIs.

The underlying principle of statistical approaches is “An anomaly is an observation which is suspected of being partially or wholly irrelevant because it is not generated by the stochastic model assumed”. In other words, the process that creates the normal data is different from the process that generates the anomalies. The basic assumption is that normal data occur in high probability regions of the stochastic model while anomalous data occur in regions with low probability.

Two approaches can be used for stochastic ADT: parametric and non-parametric. Parametric models assume a distribution for the normal data (Gaussian, etc) and estimates the parameters of said distribution based on the data, using, for example, maximum likelihood estimation. Methods based on the number of standard deviations of the average or median belong to this class, similarly to the box plot methods. Given a data distribution, either assumed or not, several statistical tests can be employed to test the data and attribute a score. One example is the Grubb test.

Regression based tests assume that a model can be fitted on the normal data and values that are different from the predicted by the model residuals are anomalous, with a score. Robust methods, auto-regressive models (ARMA, ARIMA) and even linear models can be used.

Non-parametric techniques don’t assume a statistical model structure. Instead, they determine it from the data itself. Histogram (counting) methods belong to this class. There are several caveats to these methods, like the binning size for histograms.

anomaly or not has a statistical base

these models cannot be used

The basic assumption about information theoretic approaches for anomaly detection is that anomalies in the data include irregularities in the information content of the dataset.

Metrics of information content are e.g. Kolmogorov Complexity, entropy, relative entropy, etc. These techniques are based on evaluating the complexity of the data set, C(D), and searching for a minimal subset of D where C(D) - C(D-I) is maximum. The key is to find a subset that is most different from the dataset, based on a information content metric.

There are several possible optimus to be found with this approach. It is also needed to solve a double optimization problem (finding the subset and maximizing the difference of this subset and the data set), so the complexity of the computational code can be exponential. Local Search Algorithm can help with the performance side.

Considering sequence data, the data set is broken into subsets and compared with other subsets to find substructures.

This approach assumes that a combination of the attributes of the data can capture the bulk of the variability of it. The basic idea is that the data can be embedded into a lower dimensional subspace in which normal and abnormal instances appear differently.

Techniques that belong to this class are, for example, PCA and Robust PCA. In this case, normal data would be closer to the projection line while anomalies would be off.

There are two ways to handle contextual anomalies:

Reduction to point anomalies consist as mapping a point technique to a selected context. One way to do it is to map a variable like “user” and will be used as a context attribute, with the remaining attributes as behavioral attributes. This can also be done in groups. The use of statistics to extract information, like average, median and rolling statistics and comparison with deviations can also be done in this approach.

For structure modeling, this is similar to what was presented about Statistical modeling. A structural model of the data is created and new instances are compared with this model. If they differ from the model prediction, they are considered anomalies.

You may also enjoy

I got a few questions from my last article about my Python development environment. That is great! I’ll try to answer the questions below.

I’m currently trying Manjaro after a long time with Debian, after being convinced by a friend. So far, so good! The rolling release aspect of it is great, wh...

It’s 2020 and I’m still using Python for most of my stuff. I’ve been keeping an eye on Julia because of its roots in numerical computing, but Python is still...

I came across a large list of free to download books from Springer. It’s awesome! There are tons of good books there.